﻿Koo App﻿–the Made-in-India rival of Twitter–has offered to migrate all historic tweets of any Twitter user willing to shift to its platform that will continue to not charge users for verification badge, its co-founder and CEO Aprameya Radhakrishna said.

Since taking over Twitter in a $44 billion deal in October, Elon Musk has sacked its employees, overhauled its moderation policies, put a price for account verification, and restored previously banned accounts including that of former US President Donald Trump.

In recent days, he suspended the accounts of several prominent journalists without warning who had been covering him, but had to reinstate the accounts following strong criticism from government officials, journalist organisations, and advocacy groups.

Koo, which allows users to express views in Indian languages, has already crossed 50 million downloads and is now flying into the rival’s nest, starting a campaign to woo Twitter users, offering self-verification and a free-of-cost yellow verification tag for eminent persons.

“A lot has happened in the 45-odd days since the world’s town square became one man’s megaphone,” Radhakrishna told PTI saying Twitter is now a “personal property of the world’s smartest and richest man”.

The debacle of suspension of accounts of several prominent journalists, including reporters from The New York Times, CNN, and The Washington Post, and the subsequent reinstation, brings sharp focus on a very important point especially for journalists and creative folks, he said.

“If you are someone who speaks their mind and engages with others in discussion and debate – a suspension essentially means that you lose access to years of creativity, ideas, connections and insights,” he said.

And all this because a new rule came in yesterday and no one understands it fully. “There is just a blank screen to show for all the intellectual hard work of several years,” he said.

All historic original tweets will get migrated to Koo, he said. Also, all accounts that the migrating user may be following on Twitter, and if available on Koo, can be followed by a simple click.

However, followers of the migrating Twitter user will not get migrated unless they also shift to Koo. “You can look up your friends and followers on Koo and start engaging with them,” he said.

Koo believes in enabling trustworthy and healthy conversations between people. Earlier this year, it offered voluntary self-verification free of charge and more than 1,25,000 Indians have availed of this right, he said.

“It is unimaginable that in this day and age, one man has the ability to wipe out your digital existence and remove all traces of your creativity. History and creativity cannot be held hostage to a $44 billion, billionaire’s toy,” he said.

“Koo provides everyone with an equal opportunity to express themselves in a language of choice and preserve their thoughts and opinions for all times to come. So go ahead, escape Twitter and engage in a platform that truly sets you free.”

Serial entrepreneur Radhakrishna, known for building ride-sharing company TaxiForSure (which was acquired by Ola for $200 million in 2015), started Koo — a language-focused microblogging platform — in early 2020.

It was meant to be a homegrown, hyperlocal alternative to Twitter. He believes that eminence is a recognition of the impact, stature, achievements, abilities, or professional status of a person and Koo awards a Yellow Tick against user profiles based on transparent, pre-defined criteria which reflect regional ethos and achievements.

The Koo Eminence Tick, he said, cannot be purchased and is granted forever. Musk, who considers himself a “free speech absolutist”, saw his electric car maker Tesla’s shares slumping by 4.7% on Friday, posting their worst weekly loss since March 2020, following the suspension of journalist accounts.

They were restored on Saturday. Also on Friday, Twitter suspended an official account belonging to Koo, which had been set up for user queries. Visiting @kooeminence now shows that the account has been suspended, and its tweets are no longer visible.

“I’ve said this before. We run Koo and the journalists should just migrate. Migrate tools are available. Koo is the best alternative to Twitter. This place is what it is because of you and millions of other users like us.”

He also questioned the rationale behind the suspension, saying “This isn’t democracy. This is a strong need to exercise power & control. And shouldn’t be allowed. We need to speak up!” Twitter also is blocking users from tweeting links to some servers of Mastodon – another major competitor to Twitter.

He tweeted, “We’ve never created policies out of thin air. Everything is user focused and transparent. It’s the most inclusive platform. It’s time to take action instead of just discussing.”

To PTI, Radhakrishna said Koo is also an unwitting casualty of one man’s mission and its eminence account was suspended for circumventing Twitter’s policy for evading bans.

“Mastodon has also faced a similar fate for a vague crime which did not exist till a couple of days back,” he said.

Bidawatka in a series of tweets, questioned the rationale behind suspending the @kooeminence account, which was set up only a few days ago for queries posted by celebrities and VIPs looking to use the Indian social media platform.

“And guess what! Suddenly. Almost suddenly #ElonIsDestroyingTwitter has been removed from the trending section. Twitter is a publisher. Not a platform anymore!” he added. 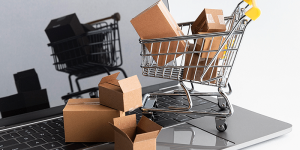 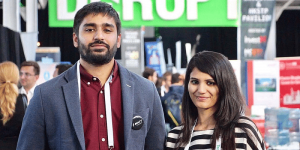