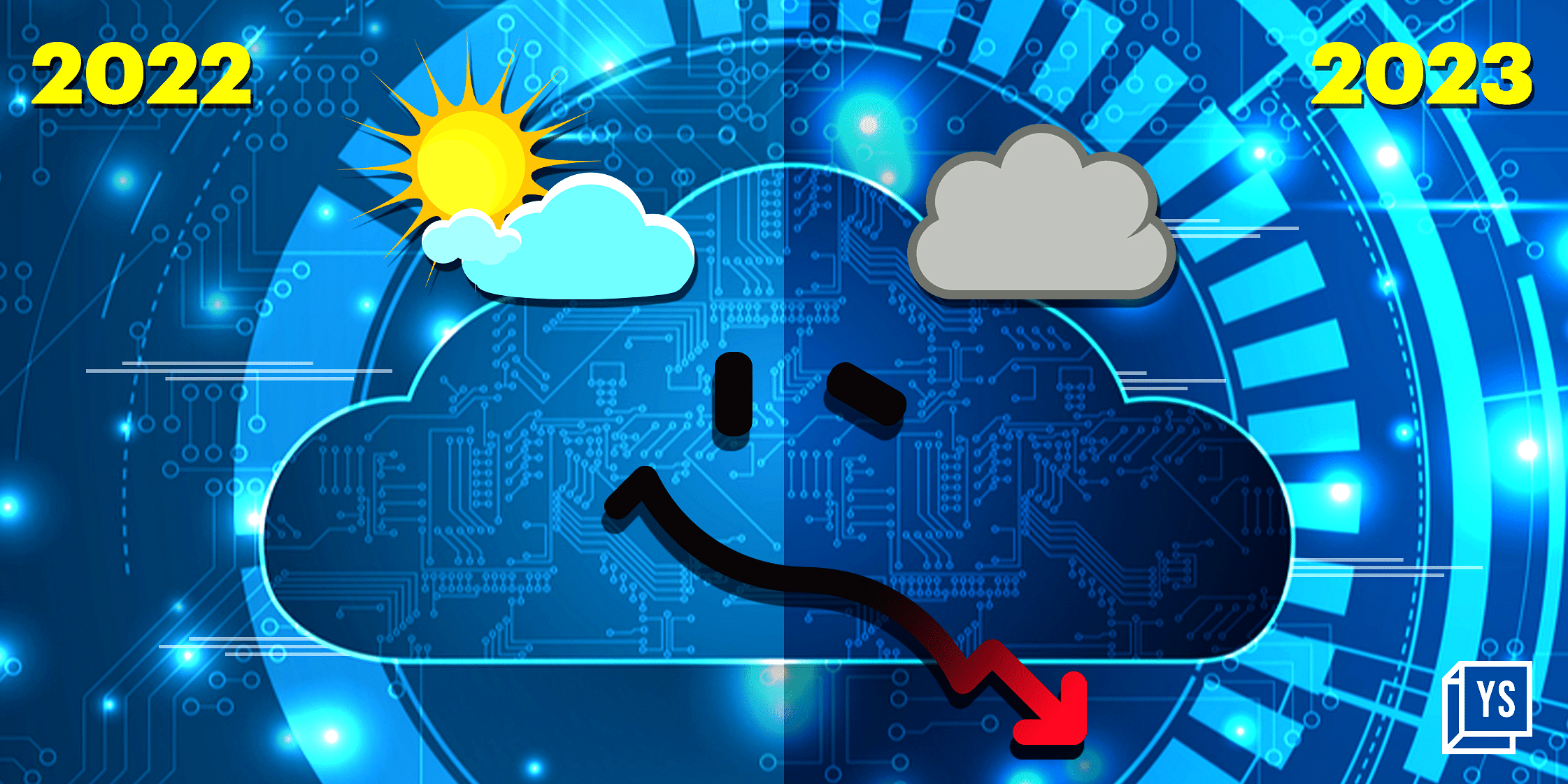 The year 2022 started off quite bright and sunny for the SaaS (software-as-a-service) industry in India but the last few months have been grey and gloomy, which is expected to continue well into 2023.

Take venture capital (VC) investments, for example. The first 11 months saw more than $4.9 billion raised by SaaS and enterprise software startups, a 15% increase compared with the funding raised in the entire of 2021, revealed data from Chennai-based research and analytics firm Venture Intelligence. If you break down the data, though, it turns out $3.8 billion—over three-quarters of this total investment—was raised in the year’s first six months.

As macroeconomic conditions force organisations to cut costs including technology spending, SaaS companies are seeing a slowdown in growth while investors adjust their lens to view these businesses.

He adds that a lot of companies that raised funding at high valuations in the last few years “will now have to grow into their valuations over the next few years without burning their way to it”.

Another investor who wishes to remain anonymous says that the milestones to assess SaaS companies’ valuations have shifted. For example, if a startup could raise a Series A round at $1-2 million in annual recurring revenue (ARR), it would now need an ARR of $5-6 million to be funded at the same stage (with other factors in consideration, of course).

Most investors also agree that the last two years of high fund flow and sky-high valuations were an aberration—even for non-SaaS companies—and that the lowering of valuations now and in 2023 should be seen as “normal”.

Layoffs and pause in hiring

If 2020 and 2021 were the years of tech hiring, with companies competing with each other to offer sky high salaries and perks to find the best talent, the last few months saw prominent players laying off employees—either to downsize or to cut costs.

Freshworks, the first SaaS company with Indian roots to be listed on the NASDAQ, had to let go of 90 employees globally (of which approximately 60 were based in India) earlier this month. YourStory broke the story first. This was roughly 2% of the San Mateo-based company’s total workforce of 5,200 employees.

Then, San Francisco-based AI platform 6sense, which had acquired B2B SaaS intelligence platform Slintel last October, laid off 10% of its workforce including employees in its Pune and Bangalore offices this  October. SaaS logistics startup FarEye too laid off 250 employees in June blaming the “softness in market conditions”.

Most companies have also paused their hiring or limited it for critical roles. Lightspeed’s Hemant says most early-stage companies are hiring whereas companies above Series B stage have paused or slowed hiring as most have made big additions to their headcount in the last couple of years, adding that he expects hiring to be further tightened in 2023.

Sales cycles have also become longer now given that companies are looking to cut costs as fears of uncertainty and global recession loom large. Every purchase—including technology spending—is being vetted by the finance team and in some cases, even the CFOs are involved.

“Current inflationary pressures and macroeconomic conditions are having a push and pull effect on cloud spending,” said Sid Nag, Vice President Analyst at Gartner, at the time, adding that “organisations can only spend what they have. Cloud spending could decrease if overall IT budgets shrink, given that cloud continues to be the largest chunk of IT spend and proportionate budget growth.”

Sparsh Gupta, Co-founder and CEO of Delhi-based bootstrapped SaaS company Wingify, says there is a lot of uncertainty in the market. “We are seeing more deals getting parked/postponed at the last stages of negotiations. This probably means there is demand and willingness to buy, but also the uncertainty because of which the buying discussions are going on, though final decisions are delayed.”

Other founders and investors that YourStory spoke to echo Sparsh’s thoughts. Most companies started seeing elongated sales cycles in the July-August period, which is likely to worsen in the current quarter.

Earlier, budgets were largely decentralised but now functional teams are being asked to relinquish some part of their budgets, which puts pressure on SaaS companies trying to sell to organisations.

“Depending on categories, in enterprise and mid-market we see a 20-30% increase in sales cycle. In SMBs (small- and medium-sized businesses), we are seeing higher churn/lower renewal rates,” says Hemant.

For HR management startup Darwinbox, the impact of this is slightly lower as it currently generates most of its business from the Asian markets and less so from the US. Co-founder Rohit Chennameneni says delayed sales cycles are being seen in the Asian markets as well but not as bad as US-focused SaaS companies are facing, especially those that have huge exposure to tech companies.

A brief dipstick survey of a few SaaS companies revealed an almost unanimous trend: lowering of growth projections across the board.

“In categories where competition is particularly fierce, we are seeing SaaS companies (globally, not just in India) coming 20-30% under plan in some quarters, and are also projecting 20-30% lower year-on-year forward growth,” says Hemant of Lightspeed India.

For example, Wingify’s growth has been affected by macroeconomic factors. The company initially expected to post a growth rate of 25-30% this year but would end up at a flat growth instead. In comparison, it grew by around 22% in 2021.

Praval Singh, VP – Marketing and Customer Experience, Zoho, agrees there is a slowdown but says Zoho’s fundamentals are strong and that its continued focus on unit economics acts as a ‘shield’ in times of downturn. In fact, Zoho recorded over $1 billion in annual global revenue this year becoming the only SaaS company born in India to achieve this milestone.

“We are seeing a lot of demand from even the larger companies towards digital transformation using the cloud as a platform. We are pretty bullish on the growth percentage, not just for us at Zoho but even for the SaaS industry,” he adds.

This is largely due to the nature of the SaaS industry. Companies across the globe are opting for technology and cloud solutions to automate processes across functions to scale faster and integrate workflows. After all, SaaS products are increasingly becoming easy to use, affordable, and show immediate visibility of benefits.

However, they are being cautious about using their money effectively.

“RoI-driven (Return on Investment) spending is back in focus. Companies are evaluating SaaS contracts and cutting down on spends where a clear correlation between usage and improvement in business metrics cannot be found. Potential clients are now more diligent during the evaluation phase, often asking us for case studies,” says Anand Jain, Co-founder and Chief Product Officer, CleverTap.

Anand is, however, upbeat about CleverTap’s prospects as it enters 2023 given that the company raised $105 million in Series D in August, doubled its ARR to $90 million this year, and expects to clock in $150 million next year.

“We can have the thickest jacket and the warmest sweaters. But we can’t isolate ourselves from the winter,” says Praval of Zoho.

The next year is likely to be an extension of the second half of 2022 and probably even worse though all SaaS founders and investors YourStory spoke to unanimously said it is hard to predict the future. It is certainly unclear as to how long it will take for the clouds to clear but the signs are bleak at the moment.

However, just like the ants that save resources for long, harsh winters, companies that have been frugal and focused on their unit economics, even as they made hay, will emerge victorious. Additionally, SaaS players that sell “must-have” tools seem to be better positioned than those with “me-too” products.

“The value-delivery burden is higher on founders today,” says Anant Vidur Puri, Partner, Bessemer Venture Partners. “Cycles come and go. You can’t build a business for a cycle. You have to build a business that will sustain multiple cycles.”

He adds that customers are still willing to buy software but SaaS founders need to understand their customers’ challenges and deliver the right value to them.

According to some of the founders and investors, companies are doing everything to cut costs and extend their runway to avoid raising funds as much as possible in 2023.

“These are also good times to build good companies; this is also character-building for a lot of the companies. I think if you look at it, the excesses of the past have to be cleaned out from the system’s point of view. It’s important for the whole industry at large. Some entrepreneurs might get hurt but at the macro level, this is important,” says Baskar Subramanian, Co-founder and CEO of Amagi, a media-tech SaaS unicorn.

He adds that for economies to grow, bubbles have to be moderated, which is happening this year and is likely to continue in 2023. Baskar believes that companies need to go back to the basics and focus on innovations and building strong companies with a long-term view, in addition to bringing back the much-needed fiscal discipline, which went a bit haywire in the last few quarters.

“Customers are always looking for innovative, value-generating solutions, whether it comes to productivity improvement,  revenue growth, or cost optimisation. Startups that are building products and solutions for the customers and continue on that path needn’t worry about the larger macro environment at this stage. They should continue to build solutions that are viable for the customers,” says Govind Mundhra, Founding General Partner at Paradigm Shift Capital, which primarily backs early-stage startups.

For now, it’s just a game of waiting and watching which way the winds blow.

Previous post How to Change Your Cameo on Snapchat 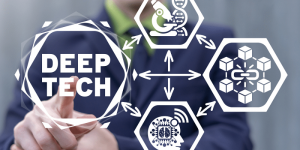 Next post How to raise funds as a deeptech startup