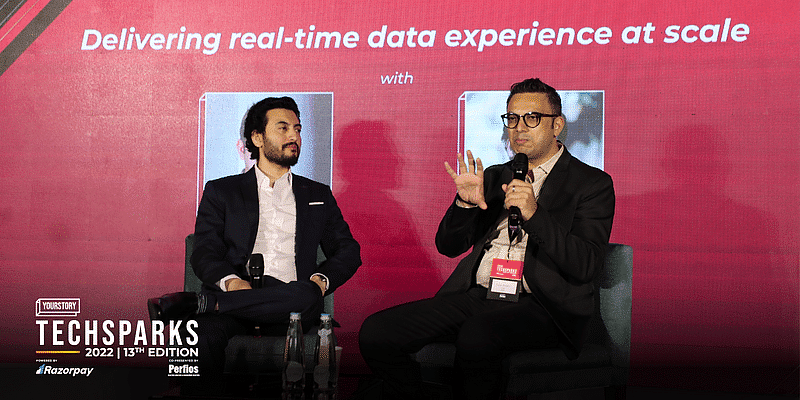 Every sector today, in some capacity, banks on real-time data from those that interact with it. Examples lie across industries, in hospitality that depends on regular ratings from customers or on social media, where approval can be communicated instantly through likes and comments. So much so that Tejas Baldev, Sales Director APAC, Redis, believes that a real-time experience is not even a debate in today’s world.

Tejas was speaking with Ramarko Sengupta (Senior Editor, YourStory) in a fireside chat on ‘Delivering real-time data experience at scale’ on the second day of TechSparks 2022.

Tejas highlighted the way most unicorns today have made our lives easier, where “everything feels like magic”. To respond quickly, correctly, and efficiently is the need of the hour, he said, adding that response time is directly tied to the bottom line.

He shared various studies to support this statement — one study by Amazon revealed that a latency of a hundred milliseconds cost them 1 per cent in their overall business. Another study by Google identified that half a second of search experience deterioration was leading to 20 percent of their users moving to another platform or quitting searching at all.

“It’s so critical to keep the customers onboarded with a great customer experience, and the way to do that is to deliver an instant experience to them,” he said, adding that while consumers care about price, they also care about the experience, which will be the differentiating factor among many competing companies in the market.

Established in 2009 in Sicily by Salvatore Sanfilippo, Redis is an open-source, in-memory, multi-model database. “We started as a RAM-based database, also called an in-memory database. It is a no-sequel database, which means you get a lot of flexibility in making your code on top of that run,” he said.

Tejas admitted that 10-12 years ago, it was challenging to monetise open-source and build a sustainable business around it. But this has changed now, thanks to technology. He said that the popularity of open-source and its monetisation are both related to developer love and the community around it.

“Today, any new project that is coming up has to be open-source; that is the only way to get adoption on top of it,” said Tejas, adding that it is still not easy today to build a business model around open-source.

Redis is sponsored by Redis Inc., “which contributes 90-95 per cent of the code”. They are tasked with ensuring the open-source is bug-free and up-to-date. The second investment, he said, is in education. Redis ensures free education at Redis University that allows students to obtain a certification and learn more about Redis’ solutions.

Their third investment is in the community. They conduct Redis Days with developer-focused events. “However, to keep the lights up, we need to have a commercial offering so we partner with a lot of cloud providers to give you a fully managed service,” said Tejas, adding that they also offer on-premise deployment to a few traditional customers. “We continue to believe that a very vibrant community is the real backing behind any open-source project,” he added.

Talking about the shift in database adoption over time, Tejas highlighted that although the term ‘multi-model database’ was coined in 2012, the world is shifting towards it from a purpose-built database. This enables customers to execute a few functions beyond the core value of a database.

“All the native, popular database companies are going to build more and more functionalities and will try to move towards multi-model because there is a lot of abstraction that we need to do from a developer’s point of view,” Tejas said. He believes that consolidating databases and moving to multi-model will solve a lot of problems, which is a clear trend observed in many database companies.

The beauty of open-source, Tejas said, is that the same tools that are used at big companies are accessible to small or midsize startups. This is called open-core. “Open-source companies today have to leave a lot of value on the table, which means [they] probably give you 98 or 97 features and just keep 3 of them in the enterprise version,” he said.

Because these resources are available, companies can build things very cost-efficiently and quickly, which can validate whether the software will solve their problem. Post-validation, Tejas said, one can onboard their startup plans on it and see how things scale.

“Some of the verticals that love us are gaming, fintech, media and entertainment, but then it transpires into anything which requires a real-time experience,” Tejas said, adding that this works for any consumer-grade application that wants to deliver excellent customer experience and also for traditional organisations who need to harness the power of real-time data.

Tejas acknowledged that fintech is one sector that is seeing tremendous evolution and potential for a super app, which PhonePe is doing a very good job in.

Right from the point of login, Redis allows authentication, OTP generation, data storage and recommendation, he noted, adding that many fintech companies use Redis for fraud and anomaly detection because of its quick real-time response.

Tejas noted that companies are now prioritising sustainable growth and investment, where CEOs are relying on real-time data to make crucial decisions. A CIO’s role is going to change from being reactive to proactive, he said, adding that their decisions on growth and investment will be governed by data. 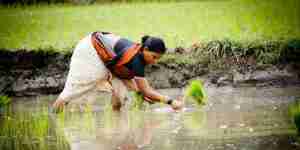 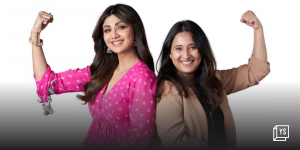