Licious has been marinating a new category: spices

The meat seller claims the spices reduces marination time to 15 minutes and packed in single use sachets. Founded in 2015 by Vivek Gupta, who was earlier at Helion Ventures, and Abhay Hanjura in October 2021 raised $52 million from IIFL Asset Management’s tech fund and Avendus Future Leaders Fund at over $1 billion valuation.

Varaha, a tech-enabled platform for generating carbon credits via nature-based solutions, announced today that it has raised $4 million in seed funding. The round was led by Orios Venture Partners, along with participation from Omnivore, RTP Global, Better Capital, and other angel investors, including Kunal Shah. Varaha is modernizing carbon markets with diverse climate action projects vetted through advanced remote sensing analytics, machine learning, and biomass or soil modeling. Varaha operates across 6 Indian states and has signed Memorandum of Understanding (MOUs) with several institutions.

Based out of Gurugram and Bengaluru, Varaha was founded in 2022 by Madhur Jain, Ankita Garg, and Vishal Kuchanur. It incentivizing smallholder farmers to follow regenerative agriculture practices by creating high-quality carbon credits that augment their income while also reducing their operating costs.

Gynocup, a flagship product of Mild Cares Pvt Ltd which deals with feminine hygiene products, has raised an undisclosed funding from Meet The Drapers, a startup investing platform based out of USA which invests in innovative startups globally. Gynocup was shortlisted amongst 2000 startups worldwide and reached the semi-finals with their brand offering which includes becoming a safe and hygienic product for women globally.

Gynocup was created with a primary goal of impacting the lives of all women. In India alone 400 million women face issues emanating from these and this is largely a huge number when it comes to women facing these same issues worldwide. 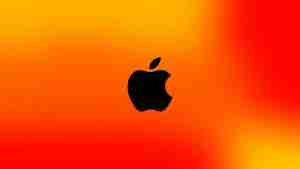