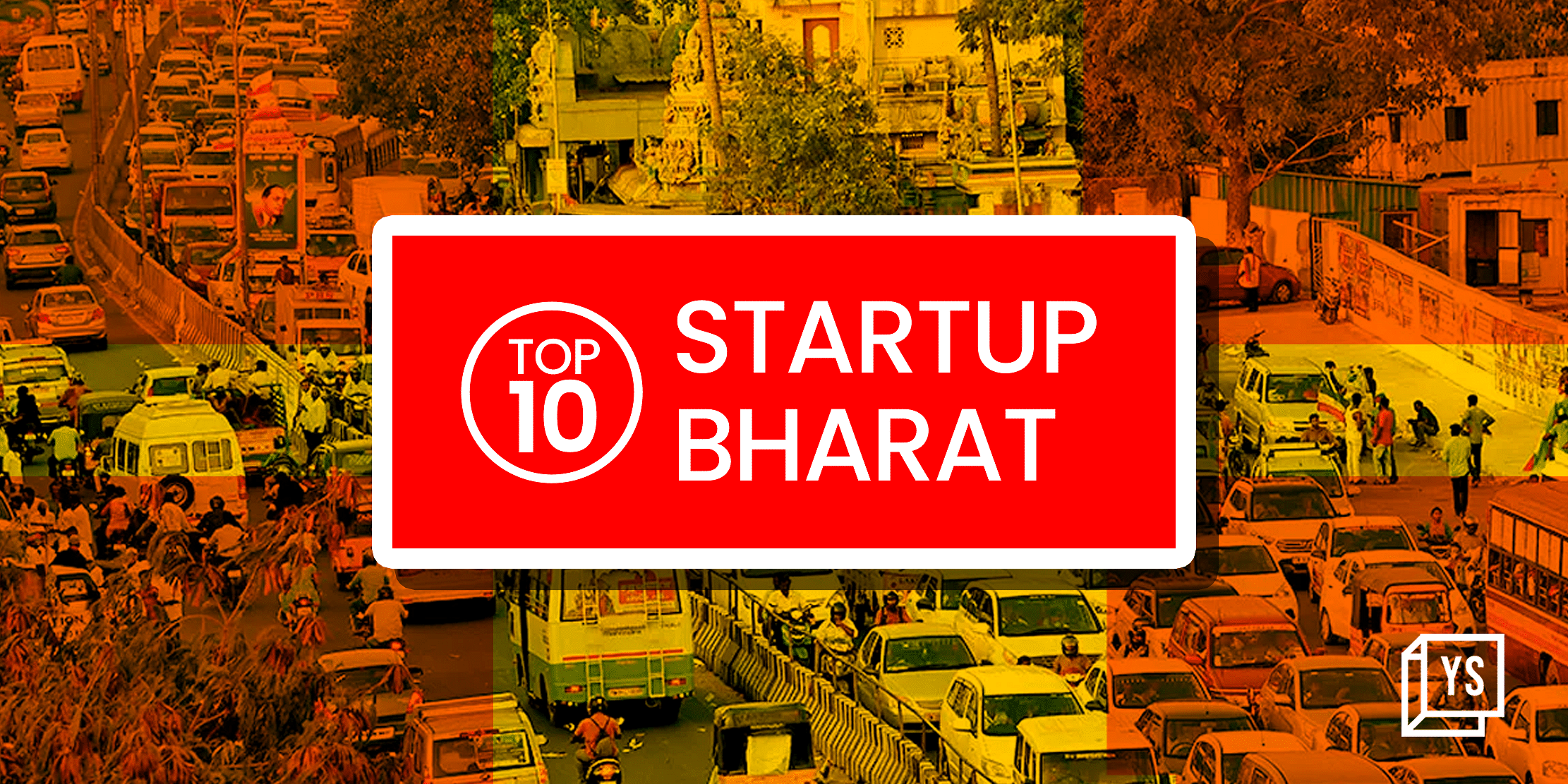 This might have been the year of startups from beyond the metros. They even received a mention in Prime Minister Narendra Modi’s speech on India’s 76th Independence Day, where he mentioned that the success of startups were largely attributed to young Indians from tier II and tier III cities.

Healthcare startup Molbio Diagnostics became the first unicorn headquartered in Goa after it raised $85 million at a valuation of $1.6 billion in September.

Many of these startups solve problems at scale and across multiple sectors ranging from healthcare to agriculture with unique business models. As we bid adieu to 2022, YourStory brings to you 10 Startup Bharat stories that made the most waves this year.

Launched in early 2021, 80wash﻿ is attempting to solve two problems—water wastage and chemical detergent use—with one solution.  It claims to deliver freshly washed fabrics, metal components and PPE kits in 80 seconds or sometimes more depending on its condition, with only a few millilitres of water and no detergent.

Founded by Rouble Gupta, Nitin Kumar Saluja and Varinder Singh, the startup says its machine washes fabrics—even metal components and PPE kits—in 80 seconds (could go higher depending on the stain) using a few millilitres of water and no detergent. In this process, nearly 100 litres of water that is used to remove 1 tablespoon of dirt can be saved.

In the 80wash method, a single cycle with a 7-8kg machine can wash up to five clothes using half a cup of water and no detergent. The startup claims that this cycle can be repeated multiple times in case of hard stains and it usually takes about 4-5 cycles can remove tough stains. On the other hand, its bigger machine (70-80 kg load) can wash 50 clothes with 5-6 glasses of water in multiple cycles, depending on the condition of the clothes load.

80wash has machines deployed across seven places which include hostels, hospitals and salons across three cities—Chandigarh, Panchkula, and Mohali—as pilots to test commercial viability.

Founded by Shivanshi Verma and Sandeep Kumar, ﻿Yoboshu﻿ has launched a behavioural healthcare app that offers a proprietary weight loss and mental healthcare programme to its users.

The app launched in March, enables users with the necessary skills to lose weight without following any strict diet or exercise. Yoboshu has 11 in-house coaches each of whom can serve about 100 users.

It is easy to get onboard the programme. To test it out, users can opt for a 2 week trial where users are welcome to pay as they like, with minimum amounts starting out a Rs 1. Its flagship 120-day programme offers lifetime access and is offered in two options—with and without a coach, and the fee varies accordingly. Packages start at Rs 999 a month.

GraffersID is a startup that, founded by Sidharth Jain, who hails from Bhadwa–a remote location near Indore, offers IT staff augmentation resources to a wide range of clients.

The startup specialises in onboarding remotely vetted React and Node.js developers, and offers its services to clients on a contract basis.

Started in Indore in 2018 with an initial investment of around Rs 50,000, the startup is now raking in annual revenue of over Rs 8 crore, according to Sidharth. “We work with 58 Series A+ funded clients, 14 unicorns, 10 Fortune 100 companies, and over 50 ideation stage projects,” he claims, adding that GraffersID is a profitable project.

Numadic works with enterprise customers to whom it licences its proprietary SaaS platform on a flat fee, based on the number of active users and revenues from certain types of transactions.

The business-to-business (B2B) company offers two full-stack vehicle payment solutions. NU Issuance handles the digitisation of FASTag purchases for various platforms like Google Pay, Amazon along with apps for banks, and enables the sale and purchase of FASTags and similar vehicle products.

The startup has tied up with Hindustan Petroleum and Indian Oil to use FASTags for fuel payments. Its pilot began in October last year.

While Kutumb might be based in Bengaluru its app envisions a platform that is usable across Bharat. It lets users create communities of over 200 participants. Thus far, the startup’s  customisation feature has enabled over 20,000 active communities on the platform.

It offers customisation group hierarchy features, including creating team lead and sub-lead.  With this structure, an admin can circulate important messages among their sub-group, instead of making a public announcement, and monetise by charging subscription fees, anywhere between Rs 100 and Rs 5,000.

Kutumb, launched in May 2020, has also added a feature where admins can add potential users to these communities only on invitation, similar to Discord.

The two-year-old company competes with Telegram and WhatsApp chat platforms.

Eat Better ships pan India and largely sells its products via its websites besides marketplaces like Amazon and Kindlife.in.

Earlier bootstrapped with an initial amount of Rs 25 lakh, Eat Better raised Rs 6 crore in March this year in a seed round led by Java Capital and Mumbai Angels.

SuperSourcing, founded in 2019 by Aditi and Mayank Pratap, is an AI-enabled platform for screening processes, that helps early-stage startups and enterprises employ top remote engineering talent on a contract basis. The platform also hosts a variety of software as a service  (SaaS) tools for hiring, managing productivity, vetting, and billing.

SuperSourcing operates on a B2B model. So far, it has worked with around 2,700 software businesses.

The startup says that while companies usually take around 40 days to complete pre-hiring, with SuperSourcing the process happens in about seven days.

It is an asset-light model and charges commission on each candidate the client hires from the platform. The startup claims to have generated $3 million in Annual Run Rate (ARR) in 16 months and is growing at a rate of 20% per month.

It charges $99 per month as a platform fee.

Chitkara University-incubated startup GFF Innovations has curated a machine called Moksh that collects crop stubble and turns it into a biofuel.

Incorporated by serial entrepreneurs Varinder, Nitin Kumar Saluja, and Vilas Chhikara, the startup came out with the first version of the machine—Moksh 1.0 in 2018, followed by the tracker-mounted version—Moksh 2.0 in 2022.

The company has about 10 machines (Moksh 1.0) operational at the moment, while two others (Moksh 2.0) are undergoing pilots and will be ready in the next few months. Moksh 2.0 is being developed for larger scale waste management, and will be priced in the range of Rs 3-4 lakh.

The startup plans to generate revenue from the sale of machines and providing service to farmers. Right now, GFF Innovations operates the machines, sustaining operations from the sale of its biofuel.

Founded by Dr Nirmal Gehlot and his brother Tarun Gehlot in 2002, Utkarsh Classes and Edutech has adopted a hybrid model, providing online and offline coaching for central and state government exams, competitive exams such as IIT-JEE, NEET, and CLAT, and school education for Classes 6 to 12 (CBSE and eight state boards).

Utkarsh now runs 90 digital studios (for recordings and creating content for online classes on the app or YouTube) in Jodhpur, Jaipur, Delhi, and Prayagraj.

Offline centres for class programmes are presently operating in Jodhpur and Jaipur. Sixty digital classrooms (digitally enabled where offline classes are held) offer live teaching sessions that are streamed directly on the Utkarsh app, available for Android and iOS users.

Founded in 2021, ﻿BuyEazzy﻿ is an ecommerce platform that focusses on beauty and personal care products. The startup aims to be the go-to shopping destination for Tier II cities and beyond.

It claims to have onboarded over 75,000 first-time online shoppers while working with more than 1,000 neighbourhood stores. About 50% of BuyEazzy’s orders come from remote towns and villages tagged to these cities.

The marketplace plans to expand to 20 cities and onboard over one million offline users onto ecommerce within a year. Some of these cities include Coimbatore, Davangere, Shivamoga, Tirupur, Salem, and Trichy. 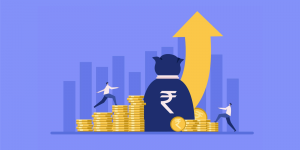